This article is really a bit of a plea for your help, though it’s not for myself that I ask it.

I’ve been drinking the wines of Savoie for even longer than I’ve been drinking Jura, but back in the day it was a different proposition. Whilst there were genuine discoveries in smarter ski resort wine shops, or in Annecy (often wines made by people called Quenard), the wines were mostly the co-operative type of fare, served up to uncomplaining skiers, to wash down the fondue. Yet there was always that feeling which suggested great potential in the whites, if only they could tap that alpine purity. And didn’t the red variety of the region, Mondeuse, have some sappy, brambly, appeal to it?

As time wore on, I began to find some of the qualities I was looking for, mainly among an older generation of small farmers who took pride in their wines. Occasionally an English merchant such as Yapp Brothers, Tanners, or The Wine Society, would bring in some wines of real interest and value (Yapp’s Domaine de L’Idylle comes to mind). At the same time, through local friends, I was introduced to the very obscure wines of Bugey, especially those, like the frothy pink Bugey-Cerdon made by the Méthode Ancestrale, which predate the popular pétillant naturel wines we drink today.

The wider wine region of Savoie stretches from the southern shore of Lake Geneva (Lac Léman) in the east, via a spine of viticulture running down both sides of Lac du Bourget, to the most intensely farmed area of vines south of Chambéry. This is known as the Combe de Savoie, variously depicted in outline on a map as an object which some may see as a mallet, a hairdrier, a gamer’s joystick, or worse. Here, steep vineyards lining the slopes above the River Isère perhaps epitomise everything we imagine an alpine vineyard should be.

Savoie has many individual Crus, a product of the widespread nature of the vignoble. You will almost certainly come across Aprémont, Abymes, Chignin, Arbin and Cruet from the Combe, and perhaps Chautagne, Marestel and Jongieux, from near to Bourget, but there are others (16 in total).

To the northwest of Savoie lies Bugey, with disparate vineyards scattered in the alpine foothills around the southern edge of Jura (known as the Revermont), and into the Bresse plain. Within the Savoie region you will also find the Vins des Allobroges IGP, whilst some vineyards, increasingly of interest, stretch into the département of Isère. The most southerly vineyards which one might consider alpine are down towards the Drôme, way south of Grenoble. The Diois is generally best known for sparkling wines, Clairette and Crémant de Die, but still wines are also made here.

The alpine regions boast several of their own grape varieties. The vineyards in the east grow a lot of Chasselas, the same as their Swiss cousins on the lake’s north shore. It ranges from unexceptional (Marin) to worth trying (the richer Ripaille), to potentially fascinating (the lightly sparkling “Crépytant” wines of Crépy).

The main mountain vineyards of Savoie boast their own grape varieties: Jacquère, and Altesse (sometimes under the AOC of Roussette de Savoie), for whites, and Mondeuse for red, the latter being either fruity and light-ish, or occasionally with more structure and tannins providing potential for longevity. Additionally, you will find the Rhône’s Roussanne, and Burgundy’s Pinot Noir and Gamay.

There are several ancient varieties which are equally worth discovering, the best of these in my view being Gringet, made famous by perhaps Savoie’s finest producer, Domaine Belluard, who are based over in the tiny enclave of Ayze, just east of the valley of the River Arve, and of Bonneville (a town all lovers of Triumph motorcycles will hold dear to their heart).

Bugey grows a number of grape varieties. You will increasingly find interesting Pinot Noir, doing well alongside Mondeuse and Gamay. Savoie’s white grapes are joined by those of Burgundy, and even Jura. There has also been a real revival in the aforementioned méthode ancestrale sparklers (often made with Gamay and Poulsard when vinified as the pink Bugey-Cerdon).

Back in Savoie you’ll find Chardonnay used for a variety of other sparkling wines, either made by bottle fermentation (méthode traditionelle) under the relatively new Crémant de Savoie AOP, or merely tank fermented. Some readers will remember the once popular sparkling wines from the Seyssel AOC, which can be much improved today.

For the past few years I’ve been touting Savoie and Bugey as wine regions which are about to take off. This is in large part down to a younger generation learning from, and joining, the old masters. At the same time, the growth in “natural” wine and low intervention wine production seems to have reached these remote regions, and given winemaking a bit of a boost, and a profile outside the region. Like Jura, Savoie in particular provides cheaper vineyards, interesting autochthonous grape varieties, and a viticultural tradition due to be reawakened.

Wink Lorch has a new project!

The time is ripe to discover French Alpine Wines, and with remarkable perspicacity, along comes Wink Lorch with a project to introduce these wines to us. Wink needs little introduction to 90% of regular readers of my Blog. She is the author of one of the finest wine books of the past few years, Jura Wine. It brings that small but fashionable region to life in a scholarly way, touching on all aspects of Jura wine, history and culture, and with intensely evocative photographs, most taken by the well known Cephas lens of Mick Rock.

Wink, as she did for her Jura book, is undertaking a crowdfunding campaign on Kickstarter, in order to fund the writing of her book, to be called Wines of the French Alps. It will cover all the regions I’ve mentioned above, and will follow pretty closely the format used in Jura Wine. Although she has long been acknowledged as the foremost authority on Jura wines, it is perhaps less well known that Wink actually spends half of her year in Savoie, and has an equal interest in the wines of that region and beyond.

Wink’s Kickstarter Campaign has, as I write, just 21 days to run. She has managed to raise pledges for around half the sum of £12,000, required to enable the project to move forward. There are several options for interested parties, ranging from a discounted copy of the book (publication due November 2017) through multi-book deals (ideal for wine shops), having a Savoie tasting event organised for you and your friends, right up to guided tours of Savoie (one day), or Savoie and Bugey (3-4 days).

I know this book will be good, but if my word does not sway you, the prestigious Best Drinks Book prize in the 2014 André Simon Food & Drink Awards for Wink’s Jura book ought to.

To find out more about Wink Lorch’s project, and her Kickstarter Campaign, and indeed to make a pledge, follow the link HERE.

You might ask why I am writing this? I know Wink just a little, meeting occasionally on the tasting circuit perhaps once or twice a year. I did assist her a tiny bit before, taking part in a Twitterthon along with many others to promote the Kickstarter Campaign for her Jura book. After all, I see myself as that region’s number two fan, after Wink. In this case, I just really want, no “need”, this book. I’ve made my own pledge and I sincerely hope that many readers will feel they would like to do the same. 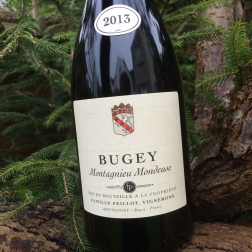 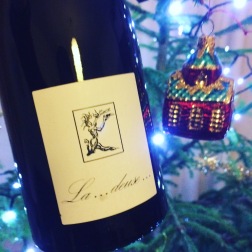 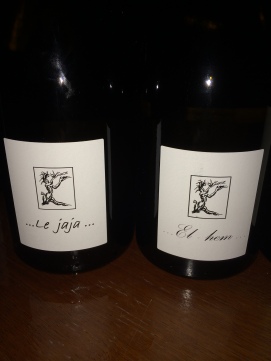 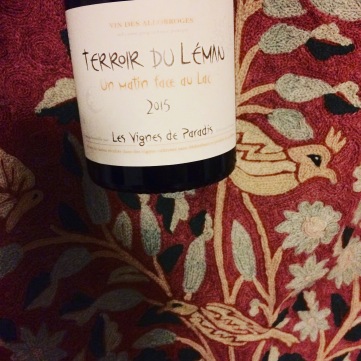 Writing here and elsewhere mainly about the outer reaches of the wine universe and the availability of wonderful, characterful, wines from all over the globe. Very wide interests but a soft spot for Jura, Austria and Champagne, with a general preference for low intervention in vineyard and winery. Other passions include music (equally wide tastes) and travel. Co-organiser of the Oddities wine lunches.
View all posts by dccrossley →
This entry was posted in Wine, Wine Books and tagged Alpine Wine, Bugey Wine, French Alpine Wine, Kickstarter Wine Book Project, Savoie Wine, Wine Book, Wink Lorch. Bookmark the permalink.