Let’s face it, if you are the kind of wine lover who reads a wine blog you are probably an inveterate romantic who adores being in the vineyards as much as drinking the wine. Something in that bucolic scenery gets the heart racing. When you think of the most stunningly attractive vineyard topography your mind and soul may wander wistfully to the Côte d’Or, the Douro, maybe the rolling Langhe, or perhaps (for some) even the châteaux of the Médoc as you drive along the D2 north of Bordeaux. My guess is that few of you will be pining for Lavaux, and some won’t even quite know where or what it is.

Lavaux is the region in the Swiss Canton of Vaud which stretches from just east of Lausanne, around the shore of Lac Léman (Lake Geneva to most Brits) to Montreux. It is the major vineyard of the six  Vaud sub-regions in terms of quality. The vineyards in between Lausanne and Montreux sit on incredibly steep terraces, so steep that they amaze most first time visitors. It’s not really a surprise that these terraces, created by monks in or before the 11th century, are classified as a Patrimoine Mondial, or World Heritage Site, by UNESCO (2007). Fourteen villages span about 40km of vineyards with 760 hectares under vine.

The following villages, from west to east, are identified as individual Crus: Lutry, Villette, Epesses, Calamin, Dézaley, St-Saphorin, Chardonne and Vevey-Montreux. Calamin (a 16 hectare vineyard area south of Epesses) and Dézaley (a somewhat larger area of 54 hectares between Epesses and Rivaz) are designated as Grand Cru for white wines (slightly different rules for reds). 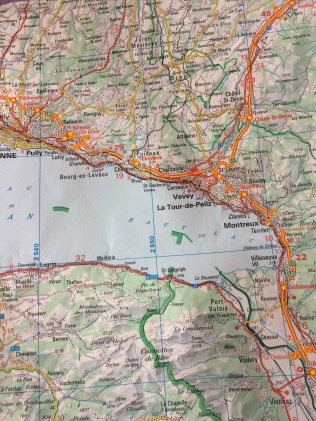 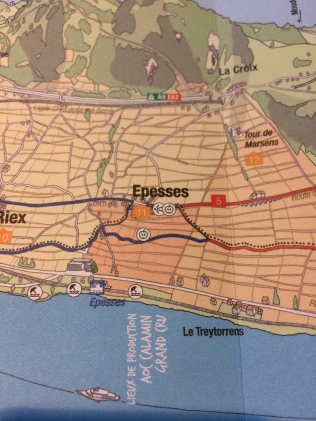 I’ve visited the vineyards of Lavaux a number of times, but on my last trip I decided to check out the visitor centre, Lavaux Vinorama, just west of Rivaz. In a modern bunker of a building there is a tasting room, extensive shop (selling around 250 Lavaux wines), and a small cinema. This is an excellent introduction to the wines of the region. First of all head downstairs to the cinema to see a very good (and award winning) film about the vineyard year up on the steep terraces. It is shown in several languages, but if no one is there the staff are happy to switch the showing to one you can understand (ours was almost in Mandarin Chinese). The commentary is occasionally a little simplistic, but that is understandable as it’s a film for the general public, not specifically for wine obsessives. Nevertheless, it is beautifully shot, giving a picture of this special environment via a journey through the vineyard year, and you will warm to the individual producer it follows. The split screen approach (below) does work. 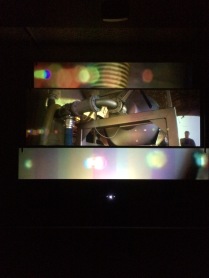 Next, head upstairs and have a tasting. You have to pay a fee depending on which tasting package you select, and to a (UK) tourist the fee might seem quite high. The “expert” selection is 22 CHF for five wines (three white and two red, around £20), but the pours seemed pretty generous – enough for me to have two good tasting mouthfuls and my three companions all to have a small sip each as well. In fact I was asking for less wine by the end (we wanted a walk afterwards, the paths are steep, and they didn’t provide a spittoon). You get some nibbles in with the price (bread and cheese straws), and small platters of cured meats and cheeses are available to buy. Alternatively you can select one of the cheaper tasting options, and wines are available by the glass to drink as well.

It might surprise people to see the number of grape varieties grown on these slopes, and then to find that the regional speciality is the lowly Chasselas variety. The unique location means that the steep terraces capture the bright sunlight reflected off this vast lake, which in any event, on account of its mass, keeps the microclimate warmer than it would otherwise be. This micro-climate allows the Chasselas to ripen properly, and this seems to make a big difference to the wines’ potential. Of the five wines tasted, the first three were all Chasselas. The tasting notes are below:

Dézaley Grand Cru 2014, Antoine Bovard – Clay and well drained limestone soils in this cru, vines close to the Rivaz end. Evolving slowly, but the nose is again more complex than the previous two whites, with a Chardonnay-like element, uncanny. Then something more flowery appears and persists. The palate is fuller, creamy and nicely textured. An extra half a percent alcohol as well (13%). This is from a top producer and I was told it would age a decade. Whilst many Swiss wines are best when fresh, I’ve no reason to dispute that suggestion. 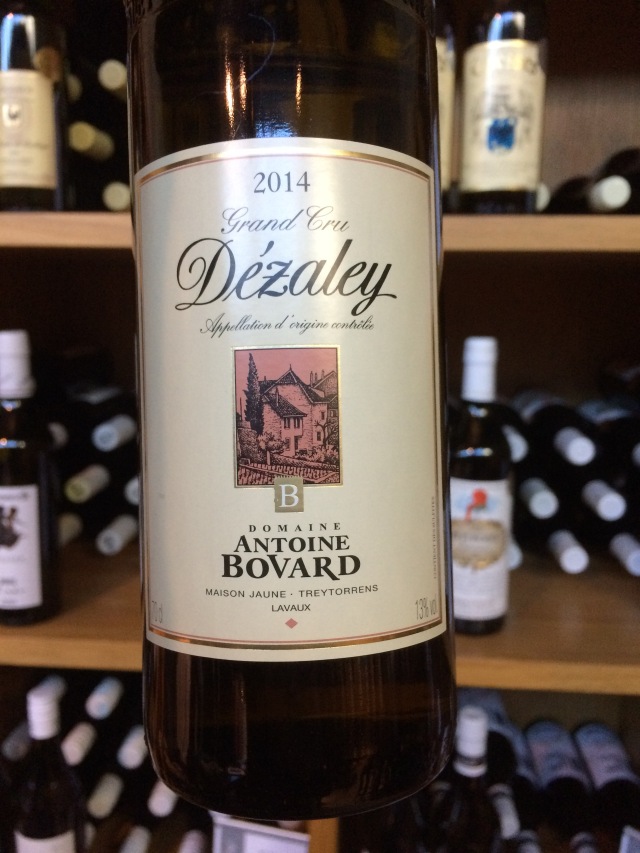 Plant Robert de Lavaux 2014, Patrick Fonjallaz (Epesses) – I know I like squeezing music references into my posts, but this has absolutely nothing to do with the Led Zeppelin singer. It’s a rare Swiss variety grown only in this one small location near Epesses. Coverage is estimated at between two and four hectares in total. It looks a little like Pinot Noir, but the nose is unusual, blending both cherry and blackcurrant. It tastes more of bitter cherry, very fruity but with reasonably pronounced acidity and medium body. I won’t pretend I’ve found a Pinot substitute, but it is always a treat to try an unusual and rare variety (I think I’ve just got Completer to go now, for Switzerland, but at around 90 CHF a bottle it may be some time before I try that). 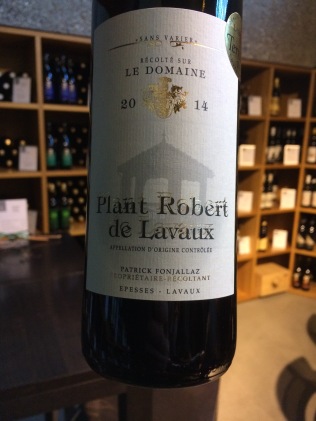 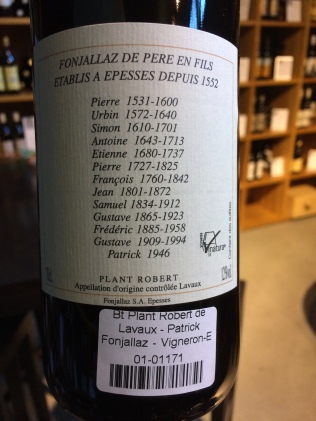 Chardonne Grand Cru “Cardona” 2014, J-F Neyroud-Fonjallaz – This is a red blend from grapes which are common in the Vaud regions, but three of them may be unknown to some readers: Gamaret, Garanoir, Gamay and Diolinoir. It’s aged in old barriques for 12 months. Darker and denser than the Robert, there is a strong blackcurrant flavour, which is slightly reminiscent of Margaret River Cabernet. The fruit is fresh and crunchy, but under that you find a smooth palate. A little bit of coffee comes through on the finish. 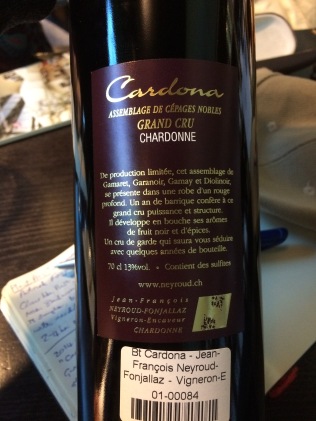 The reds are very different to much of what we are used to drinking because these Swiss varieties are only occasionally seen outside of their national borders. You often need to get used to them before appreciation materialises, but they are well worth the effort. Winemaking is generally of a very high quality at private family domaines in Switzerland. Many are fairly easy drinking, although in some the use of new oak can be excessive.

The national treasure is Chasselas (also known as Fendant in the neighbouring Canton of Valais, but known here in Vaud by its common name). Derided in France, where it is only AOC on the French side of the lake, as a rarity in Alsace, and of course in Pouilly-sur-Loire, in Switzerland it seems capable of extremely good quality. Although some might accuse it of blandness, and this is possibly true in cheaper versions which seem ideal for dishes like fondue, raclette and simple lake fish, the better wines, with low yields and careful vinification, are very classy bottles. You might be surprised.

Lavaux Vinorama is nicely placed above the lake. Walk up the steps behind the Centre and you will reach the Lavaux vineyard paths, marked with the easily picked out yellow direction signs the Swiss use. Rivaz is the nearest village, just a few minutes to the east, then comes St-Saphorin, generally held to be one of the prettiest villages in Switzerland. Much longer walks, such as the 11km between Lutry and St-Saphorin, are clearly marked, and there is also the Conservatoire Mondial du Chasselas, at Rivaz, for the true believers. Maps are available in free brochures at Vinorama. 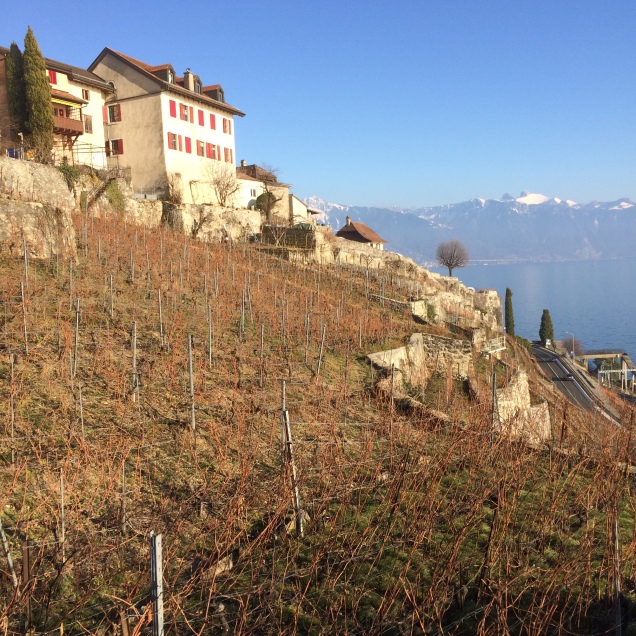 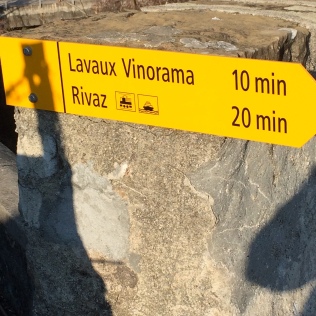 Lavaux Vinorama is at Route du Lac 2, CH-1071 Rivaz. This is approximately 400m west of Rivaz on the Route D2.

Full details of access, opening times and tasting packages are set out on the web site at http://www.lavaux-vinorama.ch or you can telephone +41 21 946 31 31. Manager Monica Tomba and the rest of her staff are fluent in English as well as French (and very probably German). Note that, aside from June to October, the Centre is closed Monday and Tuesday.

Individuals can just turn up for a tasting etc, but groups must book in advance.

Vinorama has an adjacent car park, but it is accessible by train from Geneva. You take a (Brig-bound) train to Vevey, which takes about an hour. Then you take a very short local train ride back to Rivaz, from where the walk to Vinorama is under ten minutes. Swiss Federal Railways has a useful journey planner on its web site – http://fahrplan.sbb.ch/bin/query.exe/en

The best source for a selection of Lavaux wines in the UK, and for Swiss wines in general, is Alpine Wines. See http://www.alpinewines.co.uk 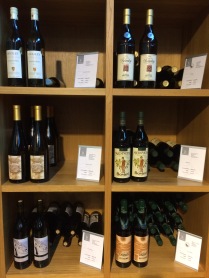 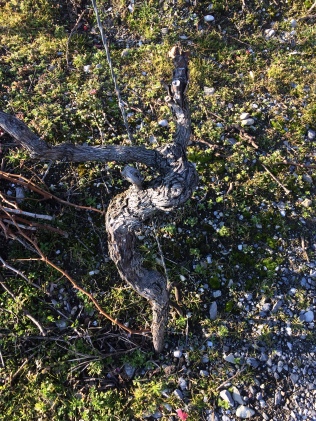 4 Responses to A Lavaux Affair