Very few of the thousands of tourists who pack Borough Market on a Saturday know about what also lies to the south, still within the shadow of The Shard. But those who venture past Bermondsey Street and hit Druid Street will see another market settled beneath the railway arches which flow into the shiny new concourse of London Bridge Station. There are some familiar names, like O’Shea’s Butchers, St John Bakery and Neal’s Yard Dairy, among the micro breweries, and Jensen’s Bermondsey Gin distillery, all packed with eager weekend imbibers.

If they were to wear out a bit more shoe leather they’d find themselves in the strung out warren of arches which stretch from Spa Road to Dockley Road and Lucey Way, and form the southern bit of Spa Terminus. This is the collective name for the location of around twenty businesses, some of which will be known to Borough habitués (Mons Cheesemongers, Monmouth Coffee) and others equally worth exploring (The London Honey Company, The Ham & Cheese Company, and the wonderful Kernel Brewery are here). Some of the arches are for distribution only, and some of these businesses can be found on nearby Maltby Street as well.

Almost the last business, situated on a path behind a metal gate along Lucey Way, is the near mythical Dynamic Vines, the object of my trek. Near mythical because this wine importer allows itself face-to-face direct contact with the public only through it’s Spa Terminus arch shop for four hours on a Saturday (10am to 2pm). That’s not easy for someone who, living outside London, is only rarely in town on the weekend. And today I had an event near King’s Cross which was due to end at 1pm (and you guessed, it over ran). 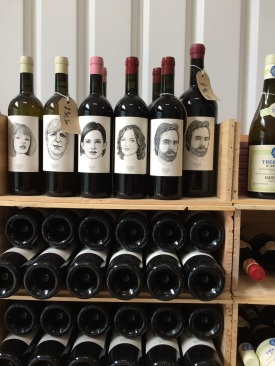 I made it at about twelve minutes to two o’clock, but it was well worth it. The object of my pilgrimage, the wines of Austrian cult producer Gut Oggau (the subject of a blog article next week) were sitting on the shelf amid other cult wines from people like Luca Roagna and Emidio Pepe. I could really have done with half an hour to browse, but I did get a good pour of a lovely rosé. 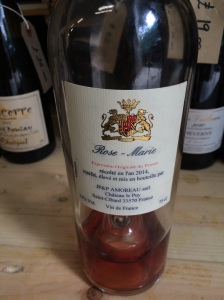 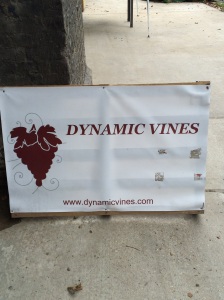 Poured blind, I had this as a Poulsard. The colour was just right with that slightly orange tinge to the pink, and it even had a nose which reminded me of Hughes-Beguet’s Macvin without the added spirit. No way was it a Bordeaux Rosé from Chateau Le Puy (based in Saint-Cibard, northeast of St-Emilion and Castillon)! A quite extraordinary wine, undoubtedly (quite) good value, even at £40, though not really recommended for the Bordeaux classicist.

Dynamic’s list is pretty amazing if you like to seek out the kind of new, “natural”, and, er, dynamic wines taking over all points north, south and east of London. If you are one of London’s exciting new wine shops, bars or restaurants, you probably know that. If you are able to get down to Spa Terminus on a Saturday morning, do. You’ll find plenty of other places to explore at the Terminus, and on nearby Druid Street and Maltby Street (which has already gained a reputation as a sanctuary for Borough Market emigrés). Hopefully you’ll have more time than I did today and, with a bit more leisure, will end up far less knackered.

Dynamic Vines are at Arch 4 Discovery South, entrance on Lucey Way. There’s a useful map of the arch locations on the Spa Terminus web page http://www.spa-terminus.co.uk. As I said above, current retail opening is just 10.00 to 14.00 on Saturdays. Dynamic’s web site has a list of the wide and varied restaurants they distribute to, which range from some conservative classics to those at the cutting edge of gastronomy. 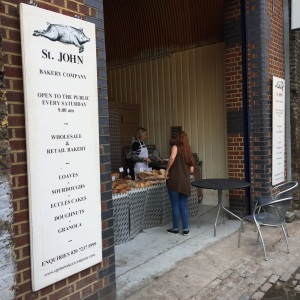 …and a rather large, upside down, stylus (vinyl is back). 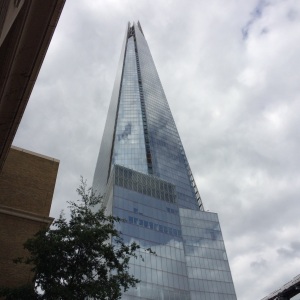 Writing here and elsewhere mainly about the outer reaches of the wine universe and the availability of wonderful, characterful, wines from all over the globe. Very wide interests but a soft spot for Jura, Austria and Champagne, with a general preference for low intervention in vineyard and winery. Other passions include music (equally wide tastes) and travel. Co-organiser of the Oddities wine lunches.
View all posts by dccrossley →
This entry was posted in Natural Wine, Wine, Wine Agencies, Wine Merchants and tagged Bermondsey, Chateau Le Puy, Dynamic Vines, Gut Oggau, London Markets, Spa Terminus. Bookmark the permalink.