With Raw Wine London just over a week away (11/12 March), Raw Wine Week 2018 begins on 7 March. This week of natural wine, culminating in the 13th Raw Wine Fair, this year back at “The Store” on The Strand, sees a whole raft of exciting natural wine themed events, some in London and some outside. I thought you might be interested in a list of those which particularly appeal to me. It’s a completely personal choice, with apologies for any events which I just don’t know about. 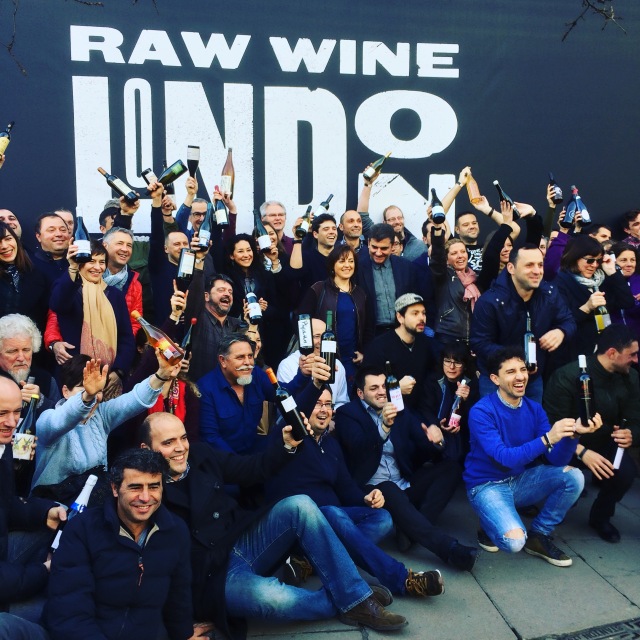 Antidote, just off Carnaby Street, is a great restaurant, but it is also one of the best bars in the West End. It has a healthy appreciation for artisan and natural wines, with possibly my favourite Jura domaine (Domaine de la Tournelle) having a financial interest (making it one of the few places in London you can find their wines).

Antidote will pour wines by the glass throughout the week (7-14 March) from producers at the Fair. Watch out especially for Karim Vionnet (on 10 March, 6pm), Radikon, Gravner, Meinklang, and the wonderful but rarely seen Domaine Ligas. 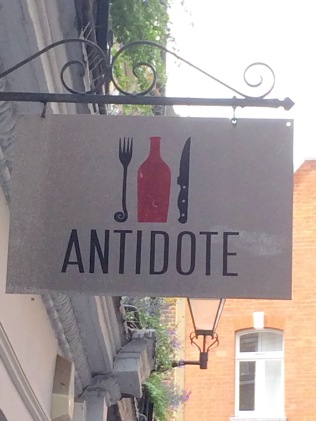 Sager & Wilde at their Paradise Row venue in Bethnal Green will be operating an amazing offer throughout Raw Week. You will be able to buy wine from selected growers attending the Fair at cost price. There are a couple of caveats though. First, the offer is open only to Raw Wine Fair wristband holders, and second, the offer is limited to one bottle between two people. Still, it’s a great offer. Eligible hours are Sun-Weds 12-3 and 5-12; Thurs-Sat 12-2, 5-7 and 9-12 (worth double checking those). S&W Paradise Row is just one minute from Bethnal Green Underground.

Burgess & Hall Wines in Forest Gate (Arch 353 Winchelsea Road, E7), have one of my favourite producers imported by Otros Vinos taking over the bar on 9 March, 7.30pm. Fabio Bartolomei is the Scottish accented winemaker/owner at Vinos Ambiz in Spain’s Sierra de Gredos. Fabio is a great bloke (he actually grew up in Scotland, his parents having emigrated from Tuscany), and his wines are fantastic examples of high altitude viticulture in the New Spain.

The folks at B&H will be laying on cheese and cold meats, Fabio will be expostulating, and his wines will be available both by the glass, and by the bottle to take away. If you are able to get over there, this will be worth the effort. 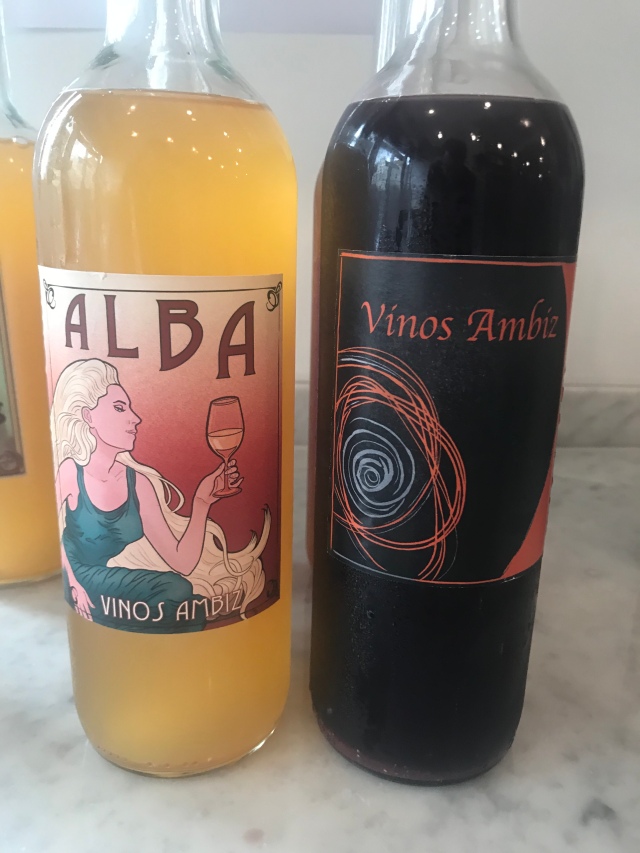 Elliot’s is also having its Raw Wine event on the same night (9 March), and it’s a tough call between this and Burgess & Hall. Elliot’s is close to London Bridge, just south of the river, so it may be easier for the southerners.

Meli Ligas will be there, from Ktima Ligas, one of Greece’s best wineries (and probably their best natural wine producer). The domaine, in the Pella region of Northern Greece, not far from Thessaloniki, only uses autochthonous grape varieties (Xinomavro, Limniona, Assyrtiko, Roditis and Kydonitsa) and farms in a very special way, on which I’m sure Meli will elaborate. Everything about the wines is wonderful, even down to the presentation and labels. Naturally a selection of Meli’s wines will be available by the glass. These wines can be difficult to source, so this is a brilliant opportunity to taste a few. 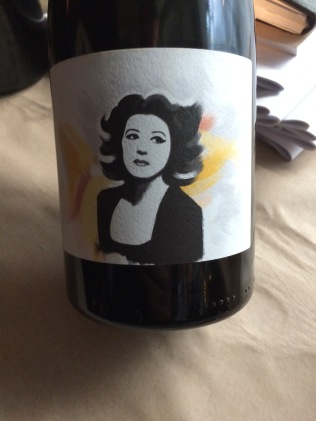 Furanxo is somewhere I’ve written about several times, just up Dalston Lane from Dalston Junction (E8). It’s the easiest retail source for me for obtaining wines imported by Otros Vinos, a selection of which they stock. It’s also a fantastic place to stock up with Iberian delicacies.

Clot de Soleres, in the form of owners Montse and Charles, will be taking over the bar on 10 March from 7.30pm (although they’ll be heading to Dalston straight from the airport, so let’s hope the snow has gone by then). Clot de Soleres is based at Piera, in Catalonia. Whilst they talk about their journey towards natural wine, you will be able to buy the wines by the glass, along with a menu of small tapas made by Xabi.

Furanxo will be able to sell wines to go on the evening, and as well as listening to a couple who are making some of the loveliest natural wines in Catalonia, it’s a great chance to see what else Furanxo has on the shelves, and to stock up. They sell a selection of some of Spain’s finest natural wine producers. 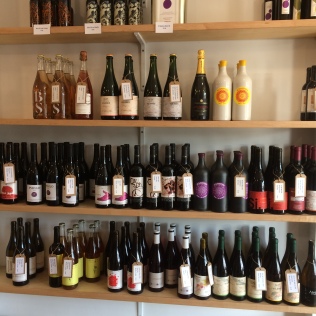 Terroirs was London’s first bar/restaurant devoted to natural wines, and how we all flocked there when it first opened. It is rare to go there and not bump into someone I know or recognise, even today. It has lost none of its popularity over the years, even though it now has so many fantastic rivals.

Terroirs will be hosting what they are billing as the Raw Wine after party on 11 March (although I think I’ve been invited to one at The India Club). Terroirs is just a swift stroll along The Strand towards Trafalgar Square (at 5 William IV Street), so it must rank as the second most convenient place to head to when Raw closes.

From 5pm there will be wine, bistro food, and music, and they say no booking necessary, so hopefully they won’t be turning anyone away. I imagine it will get pretty crowded but these events here generally turn into great parties, usually involving some pretty cool magnums.

If you are outside of London and can’t make Raw, there are other events going on around the UK. My two picks would include the one at Timberyard in Edinburgh, Scotland’s most famous natural wine venue. They will be celebrating Raw Wine week between 6-9 March by poking around in their cellar to find what they say will be some special bottles. Knowing the wines Timberyard have served up in the past, there’s a good chance of a few unicorns in there.

The other event is closer to home, and to be honest I’m quite sorry to have to miss it. On the evening of Raw’s Public Day Plateau in Brighton’s Lanes will be putting on a Greek Wine tasting (11 March, 5.30 to 7.00pm), hosted by Southern Wine Roads. The Tasting costs just £15, which includes six wines plus “nibbles” (which, if those offered at their recent Czech Wine Tasting are anything to go by, are likely to be pretty tasty). After the Tasting you can grab some food at Plateau and sample a natural wine list that puts many London bars to shame. Booking for this is required – for more info call Plateau on 01273 733085.

Of course, Raw Wine 2018 has it’s day for the general public on Sunday 11th (Press/Trade Monday 12th), and tickets are selling fast. £45 allows you to taste the wines of 150 natural and low intervention producers, and includes a catalogue of all the wines at the Fair and a tasting glass to keep. I look forward to seeing many friends there on 12th.

If you can’t make the March date in London, there’s always  Raw Wine Berlin on 13-14 May.

Finally, although not strictly connected with Raw Wine Week, Newcomer Wines, Britain’s Austrian natural wine specialist, is having its “The New Old World” Tasting at the Royal Institute of British Architects (66 Portland St, London W1) on Monday (5 March, 10.00 to 18.00). Over 150 wines, not just from Austria but also Czech Republic, Switzerland, Germany, Italy and Hungary. Tickets are £25. I’d call it unmissable, but then I am a mega fan of Austrian wine. It’s also your only opportunity to taste the new wines from the likes of the Rennersistas and others who will not be at Raw this year.