The months go by so swiftly. Yesterday we convened again at Rochelle Canteen for a convivial lunch, aided this time by glorious weather, all the windows slid right open, and London’s sunshine pouring in. As usual, a mix of regulars, occasional visitors and the odd first-timer, but this time the wine really shone like the sun for us. Every wine was truly delicious, and it is just so hard to single out a few from the sixteen bottles opened.

Perhaps the “Champion’s League” spots on the day went to a Greek red from Chios, a Ridge Alicante Bouschet (indeed!), a Coda di Volpe, the almost unicorn Arnot-Roberts Trousseau, a Japanese Kerner from Hokkaido and possibly my star of the show, a Petit Manseng Vin de Pays vinified dry, as profound a wine as I’ve tasted from the greater Jurançon area. But it’s all extremely subjective, so I’ll just list the wines to give those who might fancy trying some offbeat wines in the future an idea of what we are about at Oddities. Perhaps the photos will also help convey the utter confusion yet totally relaxed nature of these occasions. 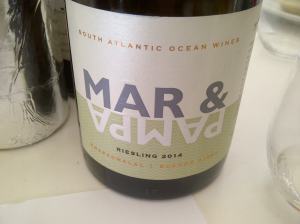 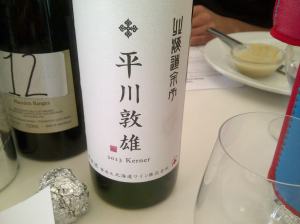 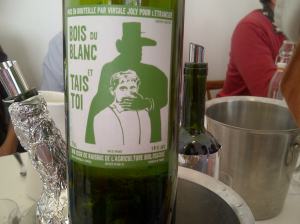 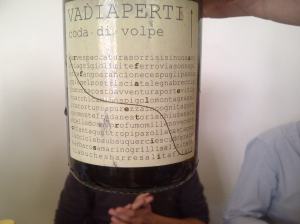 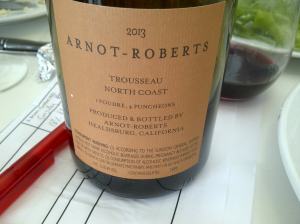 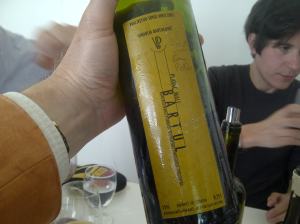 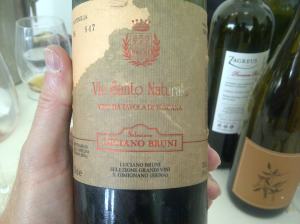 (with apologies to the Malaga Virgen, which somehow, and sadly, didn’t make the photo call)

Of course, thanks not only go to the people who brought these lovely wines along, but also to those truly adventurous wine merchants who are brave enough to sell them. Such merchants help those of us who truly know what a really good Bordeaux or Burgundy tastes like to broaden our palates and horizons. And there’s little in wine which is more fun than tasting blind and thinking a Bulgarian Cabernet is just about any grape but, to hit upon Coda di Volpe from somewhere deep in the subconscious, and to hear some pretty astute individuals suggesting the Japanese Kerner came from NE Italy (probably the place from where I’ve had the only really good two or three Kerners I’d tasted before yesterday).

For those wondering about the food, having been eating a largely vegetarian diet for a week, I kept it simple. Deep-fried sweetbreads and a juicy bavette. Rochelle Canteen never fails to deliver, trust me. An Oddities lunch that will be hard to trump.

2 Responses to Oddities – May