I don’t often write about a single wine producer unless I’ve visited them, or at least met the producer at a wine event. I’ve known and enjoyed the wines made in South Africa by Pieter Walser, imported into the UK by Swig Wines,  for maybe a couple of years, but this summer the folks at Butler’s Wine Cellar in Brighton did something unusual – they chose Blank Bottle Winery for their own label red and white.

Many wine merchants have an “own label” range, but these are usually fairly simple wines which perhaps retail around the £10 mark. They expect to increase brand awareness by selling palate loads to customers who are looking for value and a certain dependability. Few of these customers are really after something unusual, maybe even a little challenging. Henry and Cassie at Butler’s are also looking to provide value, in fact amazing value for money. But it’s a different kind of value, that which gives you genuine quality at (here) a little over £20 a bottle. I must say, it was an inspired and brilliant idea.

Pieter Walser is at the cutting edge of South African wine. The story of Blank Bottle has been told many times but it bears telling again. In 2004 a customer came to the house to buy wine. “Anything but Shiraz”, she said. “I don’t drink Shiraz”. Having little red wine left to sell, and so pouring an unlabelled red for her to taste, she loved it and bought three cases. Of course, it was unblended, 100%, Shiraz.

Pieter is convinced that wine is a product of the terroir and vintage it comes from, not the grape variety. He was also determined to break down pre-conceived ideas about what the wines should taste like. Another tenet Pieter adheres to is that wine should not always be the same. When he makes a wine from one vintage, you can’t expect it to be made the next. If it is repeated (and several wines are), you can’t expect it to be the same blend. Another trick is to mix bottle types around, such as putting Shiraz in a traditional Riesling bottle. You just have to trust him, which isn’t hard. He’s an honest guy making honest wines.

When asked (on his web site) what is the best part of his job, Pieter answered “being able to tell stories through wine”. All you need to do is sit back and open your mind (and heart). Ha! I wrote that before I read almost the same thing on his web site!

So how did Butler’s manage a coup like this? Henry had met Pieter when he was travelling around the UK with his importer. I think they got on quite well and it prompted Henry (quite possibly feeling jolly and bold after a few glasses) to ask about an exclusive wine. Pieter had in fact done something similar, though one might say for more (to an outsider) prestigious clients, The Ledbury and Tate restaurants. When Pieter said yes, the deal was on, as was the job of finding what turned into a red and a white. They tasted twenty unlabelled wines and the following pair, exclusive to Butler’s, are those they selected.

It is What it Is 2016 is from vines grown in the Western Cape. As I explained, you won’t find the varieties on the label, but this is mainly Tempranillo, with some Nebbiolo and Carignan. The name refers to the fact that after Pieter harvested the Tempranillo the owner of the vineyard grubbed it all up to plant something else. A real shame on several levels. This is no Rioja lookalike. It’s a really gutsy red, with a little creamy oak, although you’d maybe not guess 14% alcohol. It’s smooth, but you get texture and a nice balance of acidity. Plenty of Tempranillo (and Nebbiolo?) fragrance comes through as well. It’s delicious. 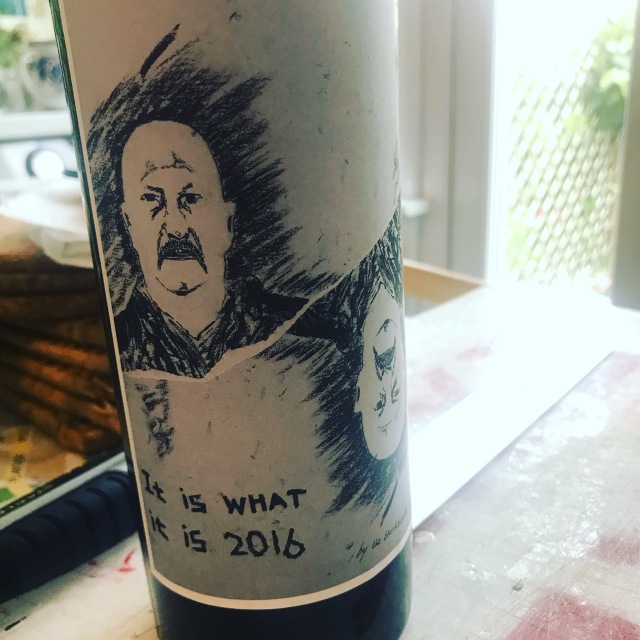 Give and Take 2017 is 100% Pinot Blank (sic) from Stellenbosch, and comes in at 14.5% abv, although on first sips you might think it a degree lower. Possibly not by the end of the bottle. It has a straw-gold colour with fresh green flecks, which are mirrored in the wine. The greenish bright flecks mirror its innate freshness, whilst the colour is mirrored in the wine’s richness. We are tasting stone fruit with a mineral texture on the finish, overlaid with a squeeze of bitter quince. The acidity lifts it and the alcohol rounds it out.

It’s almost impossible to say which of these I like the most. Both have labels drawn by Pieter, and whilst the red (a double sketch of Henry Butler) is interesting, I do prefer that on the white wine, depicting the iconic ruin of Brighton’s West Pier, hand drawn, black on white. That said, I hope to buy more of the pair of them.

Both wines retail at £22, and are worth grabbing quickly. Once the 348 bottles of each are gone, they are, as they say, gone. They provide a great opportunity for fans of new wave South African wine to sample a couple of Pieter Walser’s wines you’ll not find anywhere else. I’m guessing that for some people, £22 is a lot to pay for an own label wine. It isn’t a lot to pay for wines like these.

Of course Butler’s Wine Cellar has stocked Pieter’s Blank Bottle wines for a while. The first I bought from them was the classic Kortpad Kaaptoe (2016) made from the Portuguese variety, Fernão Pires. Importer, Swig, say of this that it “smells like luscious turkish delight and crystallised pineapple bashed with quartzy stones”. The vines are old, all over 50 years of age, off sandy soils in Swartland’s Darling fringe.

They also have Rabbitsfoot 2017, a stunning 14.5% version of Sauvignon Blanc (because Pieter dislikes unripe Sauvignon Blanc) which I think is barrel-aged, and Im Hinterhofkabuff, a fruity dry Riesling from Stellenbosch, the latter of which I have in my cellar. 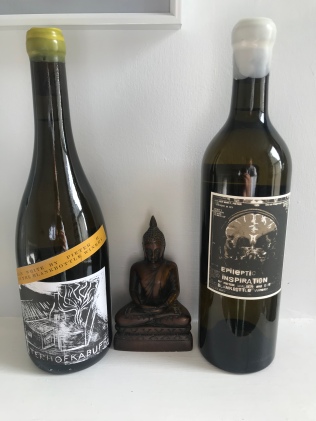 Butler’s also stocks Jaa-Bru Malbec 2016 (great label) and A Moment of Silence 2017, the latter the cheapest of the Blank Bottle cuvées at £16.99 (a Wellington blend of Viognier, Chenin and (well) Grenache Blanc according to Swig, or it might be Chardonnay, according to Butler’s).

There are a couple of extra Blank Bottle Winery cuvées I’d like to mention, which I don’t think Butler’s has stocked, as they are those which I’ve known longest. The first of Pieter’s wines I ever tasted was Orbitofrontal Cortex. The 2016 version Swig currently list is a Western Cape Blend of Chenin, Grenache Blanc, Semillon, Fernão Pires and Clairette. The 2017 has Swartland Clairette and Verdelho with some Palomino, Grenache Blanc and Chenin. He likes to change things around, but for a reason. This wine is the expression of the best blend Pieter can make in any given vintage, so the fruit quality is what matters. 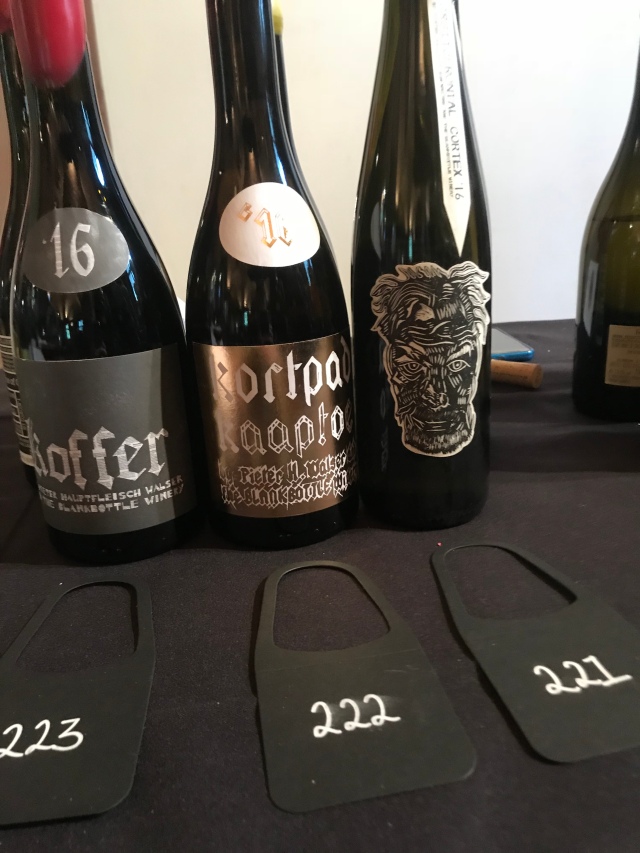 My Koffer (currently 2016 on the Swig list but I’m sure that a 2018 has been made already) must be in something like its seventh or eighth vintage now. As a contrast to Orbitofrontal Cortex, this is a 100% varietal, made from Cinsault harvested in Breedekloof. It’s classic South African Cinsault, with cinnamon and nutmeg spice notes, quite intense, and only 13.5%, which if you know Pieter’s wines should suggest that it is usually super fresh.

The great thing about all of these wines, although not all of the Blank Bottle range, is that they should be available for around £30 or less. As I said, the range at Blank Bottle is large, but having sampled quite a few, I’d be happy to recommend trying any of them. You can generally find out what’s inside the bottle by going to either Swig’s, or Blank Bottle Winery’s, web sites. Or you can go in blind for a bit of fun.

Butler’s Wine Cellar has two shops in Brighton,  to the east and northeast of the city in Queen’s Park and Kemp Town. Check out their web site here. (they are closed today, Monday 3 September, for stocktaking).

It’s well worth checking out Butler’s in the flesh, so to speak. They have a really eclectic selection of wines (and beers), which tops out with an interesting fine wine offering alongside some Californian gems of the kind you almost never stumble across. The Queen’s Park shop (the original) often seems packed to the brim with bottles, and a good half hour or so is recommended for a good old browse. Other areas of interest include English Sparklers and Portugal, plus a lot more than just Blank Bottle from South Africa, but you’ll find genuinely interesting bottles from pretty much all regions. 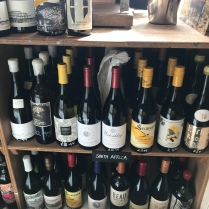 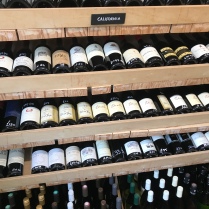 Swig Wines is the UK importer for Blank Bottle Winery. To see which wines they currently stock, go to their web site here. If you are in the trade you can sample Swig’s portfolio at Out the Box 2018, a tasting of eight small, young, importers at Shoreditch Town Hall in London on Tuesday 28 September 2018. Highly recommended.

Writing here and elsewhere mainly about the outer reaches of the wine universe and the availability of wonderful, characterful, wines from all over the globe. Very wide interests but a soft spot for Jura, Austria and Champagne, with a general preference for low intervention in vineyard and winery. Other passions include music (equally wide tastes) and travel. Co-organiser of the Oddities wine lunches.
View all posts by dccrossley →
This entry was posted in Own Label Wines, South African Wines, Wine, Wine Agencies, Wine Merchants, Wine Shops and tagged Blank Bottle Winery, Brighton Wine Merchants, Butlers Wine Cellar, Give and Take 2017, It is What it Is 2016, Own Label Wines, Pieter Walser, South African Pinot Blanc, South African Tempranillo Blend, South African Wine, Swig Wines. Bookmark the permalink.

2 Responses to Blank Bottle at Butler’s