I did consider a review of 2016, you know, what I drank, but it just seemed boastful and self indulgent for me (no aspersions cast on anyone else). It’s also quite likely you’ve read about it all on my blog already. So I thought I’d tell you what I hope to be drinking, and what I hope might happen in the world of wine, in 2017. After that, you can flick through a few photos of my highlights of 2016 if you like.

The tasting circuit cranks into gear straight after the festive break, and there look to be two crackers next week. On Thursday it’s the annual Le Grappin-Mark Haisma bash, still at Vinoteca but this time at the Soho venue. This is always a highlight, and the #ozgundians are not only about Burgundy, so plenty to taste. Before that, I’m at The Vinyl Factory, also in Soho, for the French Independent Vignerons’ Tasting, on Tuesday. I’m really looking forward to trying, among wines from many regions, some of the Bordeaux on show here.

It’s one of my hopes for 2017 that the smaller producers of this massive wine region start to get a look in. There are bordelais doing all sorts of stuff – eggs, amphora, the “back to cement” movement, and even pét-nat (did you spot that at one of our Oddities lunches?). With Burgundy, the Rhône, Loire and Champagne all showing the dynamism of the younger generation, it would be nice to see a bit of innovative publicity grabbing activity from wine’s famous dinosaur (or sleeping giant). Yes, we know it’s not just about the Corporate-Classés, so let’s hear it from the little guys in 2017.

This year might just be the year of Aligoté, as wine blogger/PR Christina Rasmussen (vintageofallkinds.com) has already mentioned in her New Year piece. Alice de Moor’s is the best I tasted last year, but a good few new ones have been recommended. I’ve a hunch that we’ll hear a lot more about this forgotten grape, deemed fit only for a summer Kir by much of the old brigade. Another look, I’d suggest.

It can’t just be me guessing at the 2017 trends, because Christina also mentions Grenache as well. I drank more Grenache last year than I have for a long while, but little came from the Rhône. Most turned out to be delicious examples from Spain, including those from around Granada, where I traveled to in the summer. But California and Languedoc-Roussillon were not far behind, not to mention some brilliant South Africans. Of the major varieties, 2017 could be the year of Grenache – made with balance and avoiding the jamminess of old. Christina – you stole my article, but if I’d appeared to pinch any more of your ideas it would have looked really bad, wouldn’t it!

Some may say Gamay is the “it-grape”, but I think Gamay may have been the grape of last year. I remember, as may you, the three great Beaujolais dinners we ran in 2015, but I drank far more Gamay than possibly any other red grape in 2016. My cellar is now almost rammed with younger/newer Beaujolais producers – Balagny, Breton, the Suniers (Antoine and Julien), Métras jnr (Jules), Kav Vionnet, France Gonzalvez and so on. Gamay is consequently getting attention everywhere, obviously all down to me and Dave Stenton, and don’t worry, it’s not going away any time soon. I have to admit that the Magma Rock of Vince Marie (Auvergne) could be the outstanding example from outside of Beaujolais from last year. Not everyone will love it as much as I do (it begins with some protective CO2 that takes a while to dissipate), but it wins out for being different, and original. Sorrenberg’s Gamay (Beechworth, Victoria) challenges for the top gong chez-moi.

I’m hoping to plan another trip to Switzerland in 2017, Lavaux and Geneva’s wines to take centre stage. Switzerland has a lot to offer the adventurous wine lover, but the prices put people off. The fall of sterling won’t help one bit, of course, but that will be the same wherever we look for wine. I sort of feel I should be taking advantage of the January Wine Sales as a result, but the wines I yearn for are almost never discounted.

The alpine, and semi-alpine regions are, as you know, the places which excite me most. So I know I’ll drink more Savoie and Bugey…and also the wines of Northern Italy, from Aosta to Isarco and everything in between. Austria will continue to feature, along with Jura, as my two subjective favourites, so long as their astonishing experimentation (both viticulture and winemaking) continue apace. And perhaps finally, Spain’s fringes and South Africa beckon as two more beacons of innovation. Altitude seems to be a running thread here, if you are after some vinous excitement.

If the world were ideal I’d plan to set foot in Arbois, Vienna and Epernay again before the year is out, but too many dreams can lead to disappointment and I’m unlikely to manage all three. I’m certainly low on Champagne, and Gut Oggau. I also have a mission closer to home, first to visit London’s The Remedy (I keep nearly getting there but other people always suggest somewhere else, or it’s full). I must also visit Newcomer Wines’ new store at Dalston Junction. I did promise I’d get there before the end of November, but Dalston is so hard to reach for us out-of-London types. Damned inconsiderate place to move to, but I wish you well, as I do to all my favourite haunts which I have managed to frequent pretty regularly (Winemakers Club, Rochelle Canteen, Solent Cellar, The Sampler, Quality Chop House…).

Instead of rambling further  into my wine dreamworld, I’ll simply wish you all a Happy New Year. To those who read this blog, a genuine, heartfelt, thank you. I hope the photos below, some highlights from 2016, will be of interest. They should all be tagged. 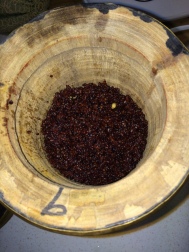 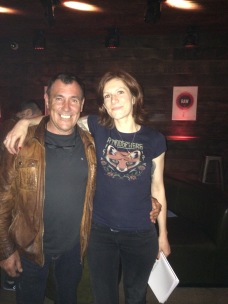 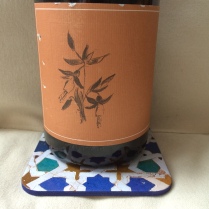 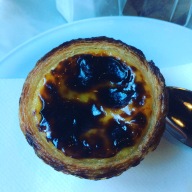 More than a Tart 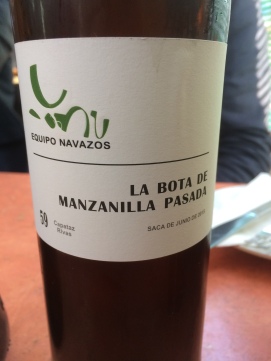 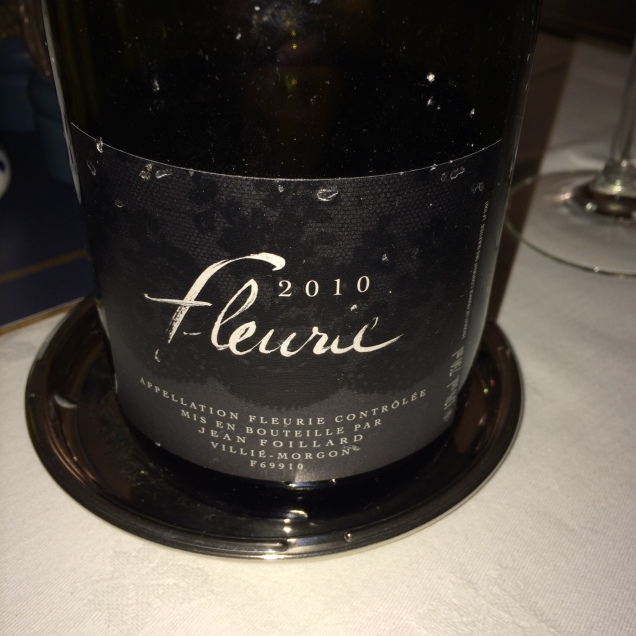 Foillard of the Year 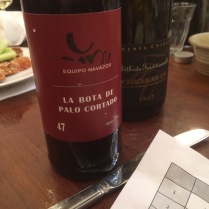 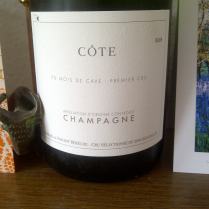 Writing here and elsewhere mainly about the outer reaches of the wine universe and the availability of wonderful, characterful, wines from all over the globe. Very wide interests but a soft spot for Jura, Austria and Champagne, with a general preference for low intervention in vineyard and winery. Other passions include music (equally wide tastes) and travel. Co-organiser of the Oddities wine lunches.
View all posts by dccrossley →
This entry was posted in Wine and tagged 2017, Happy New Year, What I'll be drinking, Wine for 2017, Wine Trends. Bookmark the permalink.