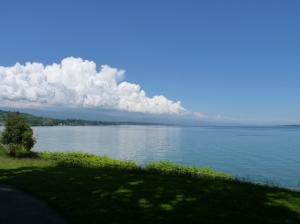 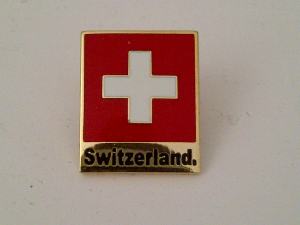 Jancis devoted her FT Column this week to Swiss wine. Much of it covered the native Fendant grape variety (aka Chasselas), and it didn’t seem she was too fond-ant (ouch!) of it, despite an otherwise very positive article. Fendant is not, I agree, the most exciting thing to come out of Switzerland’s 15,000 hectares of vineyard, though it does have its place – we guzzle down a fair amount with Geneva friends, often with fondue and other cheesy dishes, or with salted nuts as an aperitif.

Yet Switzerland does indeed have so much more to offer, both in wine and in wine tourism. The country is blessed with a Unesco World Heritage vineyard, the terraced slopes falling down to Lac Léman near Montreux, known as Lavaux. It is blessed with some of the most stunning vineyard scenery in Europe, high up the Rhone Valley from Martigny, through Sion, to Brig. And the wine villages of the Pays de Génève, which sit in duvet-like folds to the west of the city, are both attractive, and offer the visitor easy access to a selection of improving domaines keen to receive visitors

Switzerland boasts a whole raft of grape varieties she can call her own. Some are very rare indeed, such as the Rèze mentioned by Jancis, the equally rare Gwass, and Heida (aka Païen), which is a relation of Gewurztraminer, but often placed on the Savagnin side of that family. However, when starting out on a journey of exploration the white grape to look for must be the Petite Arvine, producing wines of singular freshness at its best, and easy to find. The rounder Amigne is also worth a sniff. For reds look no further than Humagne Rouge and Cornalin, both capable of producing fine wines. But it’s also worth noting that Switzerland produces many fine versions of French grape varieties as well, perhaps excelling most with Pinot Noir (especially in Graubunden and the Valais), Syrah (Valais) and Merlot (Ticino).

If you are visiting Geneva‘s vignoble do try all varieties on offer, Gamaret included (something of a Génèvoise speciality, the origin of which I’ll leave to the adventurous). There’s also some good light Chardonnay, Pinot Noir and Gamay, decent Aligoté, and some very nice pale pink in the vin gris style, which used to be called Oeil de Perdrix before that name was claimed, at least in Switzerland, by the growers up in Neuchâtel. Other strange vinifera crossings you might come across are Diolinoir and Garanoir – perhaps you get the gist. (See the Geneva Region recommendations below). 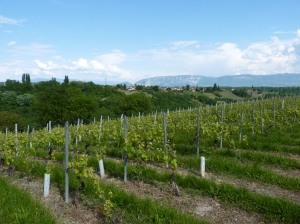 Another wine you’ll come across lots of is Dole, a blend of Pinot Noir with Gamay, found in the Valais. I’ll admit that much Dole should be avoided, seeking refuge instead in Lafarge’s Bourgogne-Passetoutgrain L’Exception for this particular blend, but as is often the case, there are “exceptions”, such as the recommendation below, from a producer Jancis recommends for her Petite Arvine.

As for Fendant, it would be a shame to ignore it completely. The heartland for the grape is the Vaud, which divides from Geneva to Lausanne as La Cote and Lausanne to more or less Monthey (round the south-east of the lake) as Lavaux and Chablais. Look for La Cote examples from the villages of Mont-sur-Rolle and Féchy, Lavaux wines from named Grand Cru (sic) villages close to Montreux – Epesses, Calamin, Dézaley and St-Saphorin (among others), and Chablais Fendant from Aigle. As a broad rule of thumb, ripeness or roundness increases as one travels west to east and then south along the north shore and beyond. Lavaux provides the greatest differentiation between villages and, if indeed it can be found, the greatest complexity. 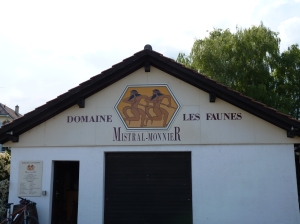 The Tourist Offices in Geneva often have a great map for touring the vineyards (“Le Campagnon” sic). The bulk of the best addresses are in the neighbouring villages of Dardagny and Satigny on the north side of the Rhone, an area known as Le Mandement, quite close to the French border. The cellars are often happy to conduct tastings and welcome wine tourism. Domaines to check out include Domaine Les Hutins, Domaine Les Faunes, and Domaine du Centaure (all Dardagny). But there are plenty of choices – I’m keen to try out Sophie Dugerdil’s wines. The Geneva Co-operative (Satigny) is also quite well regarded, especially for experimental varieties. The other cluster of interesting producers is around Lully, over the river near Bernex. The map mentioned above lists opening times for the domaines.

There are more world class (or near-world class) producers between Martigny and Brig than in any other part of Switzerland, so the following is just a snapshot, based on grape varieties. Some can be found in the UK via Alpine Wines (also known as Nick Dobson Wines, online only at alpinewines.co.uk) run by Swiss ex-pat Joelle Nebbe-Mornod. The Geneva branch of Lavinia (3bis rue de Coutance) has an excellent selection up the stairs at the back if you happen to be in that city. Any wine from the producers below is worth trying, the wine in brackets only being a suggested example of that type.

For those wishing to explore further, a wonderful Petite Arvine from over the St-Bernard, in the Aosta Valley in Italy, produced by the excellent Les Crêtes, is available via Les Caves de Pyrene in the UK. There is also a strange speciality of the Valais, which every wine obsessive should look for in the region (and I have found it in a Geneva wine shop), – Vin de Glacier. Often aged in pine casks high in the mountains, it is slightly thereby reminiscent of retsina! It tastes as scary as you’d imagine it would, but you only live once! The valleys south of Sierre (Val d’Anniviers) and Visp (Visperterminen) are places to let out the sniffer dogs.

Last but not least, this eastern Canton, north of Chur, not far from Lichtenstein and the western Austrian region of Vorarlberg. You won’t see Graubunden on wine labels, just the names of the wine villages of (north to south) Flasch, Maienfeld, Jenins and Malans, labelled in Swiss-German as Maienfelder, Malanser etc.

The king of this region, and some might say the king of Swiss wine, is Daniel Gantenbein. We pitched his Chardonnays and Pinot Noirs against top Burgundies at a dinner at The Ledbury in 2012 (versus Leflaive, Fourrier and Engel) and the Swiss wines acquitted themselves admirably. His wines are rare and expensive (try Geneva Lavinia or, very occasionally, Hedonism in London), but a taste of the region can be found for (slightly) less money from Peter Wegelin (also a Jancis rec), Von Salis and the Weinkeller zum Stauffacher (perhaps in descending order of quality). But Gantenbein is special.

As a final comment, Jancis did mention the situation with the Swiss Franc, which no longer being benchmarked to the Euro has simply got stronger. This is terrible news for anyone trying to import Swiss wines into the UK, but as far as I can see, Alpine Wines’ prices have yet to rocket. Perhaps give them a look before they do. You will find that the reason we don’t see many Swiss wines here in the UK has nothing to do with quality and much more to do with quantity (or lack thereof).

Thank you Jancis for highlighting this forgotten wine producing country. I hope the information here fleshes out or builds upon some of the information in the FT Column, and perhaps stimulates a few readers to explore what Switzerland has to offer.

[Jancis Robinson’s Column on Swiss Wines mentioned in this post appears in the Weekend Magazine of the Financial Times, Saturday 31 January 2015]

1 Response to What, More Switzerland?