We ate some wonderful meals during our time away in October and November, but during our last few days in Sydney we visited three very different restaurants which I’d like to write about before I leave the Southern Hemisphere for now. My guess is that the fires are putting many people off heading out to Australia. The coastal highway has just reopened up from Shoalhaven to Sydney but with more winds at the weekend, for how long? Even when we were in Sydney there were days when the smoke was bad enough to preclude a view of the ocean from less than a hundred metres away.

However, when the fires have died down my guess is that there will be quite a strong desire amongst wine lovers and members of the trade to support Australian Wine and Australia in general. Every tourist will be very welcome indeed. Anyway, we really enjoyed each of these restaurants and between them there is almost certainly something for everyone.

The three restaurants in question are Jonah’s, which is north of the city in the area known as the Northern Beaches, at Whale Beach; Dear Saine Éloise at Potts Point (by King’s Cross); and Bodhi in Central Sydney. I won’t bore you with too much detail about the food, just some photos to perhaps whet the appetite for some future visit.

Jonah’s can fairly be described as a fine dining experience, one which is unquestionably enhanced by its location, with plate glass windows overlooking Whale Beach from high above, views which they do not skimp on when it comes to their web site. What began as a mere shack in 1929 grew into a celebrity haunt and today has an air of seriousness tempered by the fact that it is, after all, Australia…so it’s not “stuffy” in the least. The view is in turn enhanced by the food, which is very accomplished.

We drank moderately, a glass of Bollinger GA to begin, then a bottle of Vinteloper Pinot Gris 2019, followed by a half of Henschke Adelaide Hills Noble Gewurztraminer 2016. The Vinteloper was a lovely wine, a blend of Adelaide Hills and Fleurieu fruit, mixing freshness and a little texture at a reasonable 12.5% abv. That’s reasonable for Aussie PG, and Vinteloper always looks for freshness.

I had a nice chat with the sommelier about Vinteloper. It’s not a label I’d necessarily have expected to see in a restaurant like this, but it seems he was personally very keen. Many of you will know that David Bowley’s decade-old operation was badly affected by the Bush Fires which destroyed around half of Adelaide Hills’ vineyards in December. I know that Henschke lost Pinot Noir in the Hills too.

There are a lot of UK events raising money for the Rural Fire Service taking place in the UK, especially around Australia Day (26 January). These include wine auctions and raffles, and restaurant events (plenty going on at Wander, the Australian restaurant on Stoke Newington High Street if you want to take a look). An uncanny number of these events include bottles (and magnums) of Vinteloper. I’d urge everyone to help, donate and enjoy in whatever small way they can. Vinteloper is imported by Graft Wine.

The Henschke was deliciously sweet, concentrated, floral, but not lacking in balance. This was a treat because although I’ve drunk a good few of the Henschke wines, I think it was my first Noble Gewurz from Stephen and Pru. I don’t think I’ve ever seen it in the UK. It was undoubtedly one of the prompts for opening the Mount Edelstone 2001 on Christmas Day.

This long lunch with friends was spent seated in what I reckon is the best table in the restaurant (right hand corner by the window). The surf and sun provided an unrivalled backdrop, and we were even treated to a large lizard doing its thing in the garden. Although it does seem very smart, you can get two courses for lunch for $89, three for $110, more than reasonable. Naturally you really need transport to get up to the northern beaches, but Jonah’s does have a dozen rooms forming what they describe as their boutique hotel. 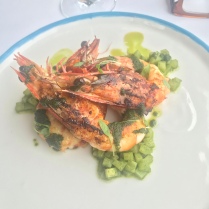 Dear Sainte Éloise is what I would like to call the Sager+Wilde of Sydney. The similarities are obvious in this restaurant, which is rather a wine bar with innovative food. It was also managed for some time by a S+W alumni, so the similarities are not necessarily shocking. It’s location is near Pott’s Point, on the harbour side of King’s Cross. If you walk to it from Circular Quay, as we did, you pass through the Botanical Gardens and walk up towards the King’s Cross district, an area crowded with backpacker hostels. 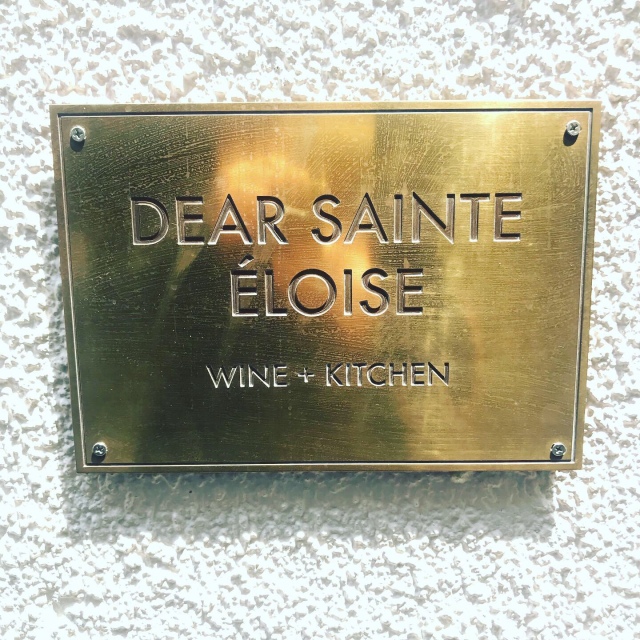 Between the two you pass through one of Sydney’s most interesting housing districts, Wolloomooloo, a mix of 19th Century working class housing and blocks now occupied by a good proportion of First Nation inhabitants with increasing incursions from gentrification. The architecture is worth a look. Climbing up via the district’s steep steps you eventually reach Orwell Street, on the edge of King’s Cross. Éloise gets her name from the George Orwell Novel, Down and Out in Paris and London. You can look up the quotation, but it is quite apt for the impoverished surroundings. Whilst Llankelly Place (the entrance is here, although the postal address is Orwell Street) has a few nice cafes peopled with young workers and tourists, you will certainly see a good few passers by who maybe could not to afford to frequent the street’s establishments. 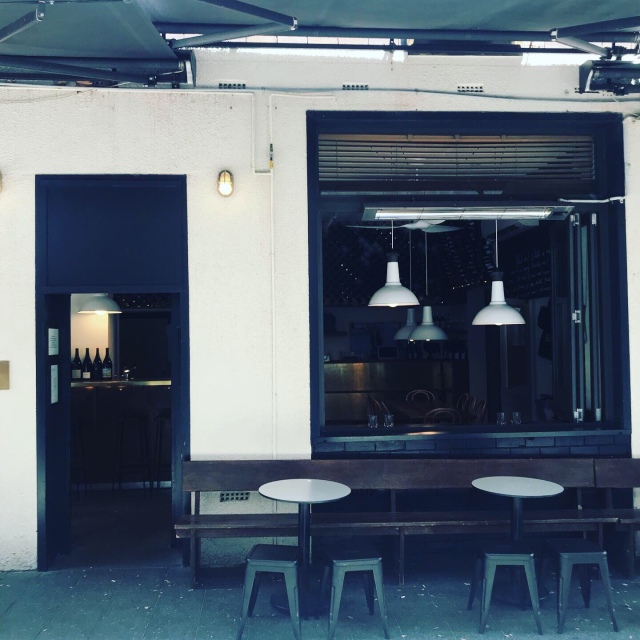 Lunch here was so good I would not hesitate to go back. The wine list is extensive and pretty much what you’d expect from any number of London bars specialising in natural wine. Trouble is, whilst Sydney does have a good number of similar institutions (perhaps not quite as many as Melbourne?), they are more spread out.

We opened our imbibing with a Crémant du Jura Frédéric Lambert followed by Ruggabellus Sallio 2017. This latter wine is a blend of 47% Semillon, 37% Muscat and 16% Riesling from the Eden Valley in South Australia. 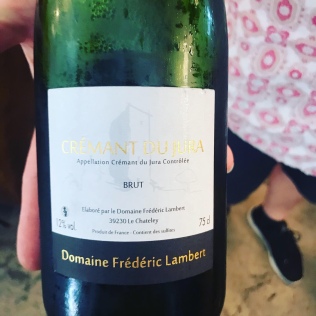 Based somewhat out of the way at Le Chateley, Frédéric Lambert farms most of his vines at Toulouse-le-Château, to the southwest of Poligny. His Crémant has an extremely good reputation. He uses around 20% Pinot added to Chardonnay, and the wine is allowed two years on lees before disgorgement.

I know little about Ruggabellus. I’d heard about them and had wanted to try something, but this was my first taste. It’s not easy to glean a lot about their wines. This blend is described as an introduction to their skin fermented style, and it certainly had lovely texture as well as fruit. I think I’m getting back into Aussie Semillon, though this wine is a long way from the Hunter bottles we were drinking a week or two previously, and the other varieties certainly shine through here as well. The Ruggabellus web site suggests that the inspiration comes from “the old winemaking techniques used in Eastern European Countries”, which is maybe a little opaque. The wine was very good indeed, and a hundred times more expressive than the web site. In this instance, who cares!

The wine list includes a good by-the-glass selection, with Koerner, Plageoles, Sanchez Romate, Frances Gonzalves, Vincent Careme and William Downie among several dozen available on the day. Take a peek at the pics below for some of the bottles. They also have a few sake on offer.

I’d hoped to be back in Sydney soon, but as travel up and down the coast is impossible right now, that may have to wait. However, when I do get back I shall very much look forward to a return visit here.

Dear Sainte Éloise is at 5/29 Orwell Street (but note, the entrance is actually on the alley called Llankelly Place. The bar is almost immediately on your right as you enter Llankelly Place, look for the small gold name plaque. You can peruse their web site here. 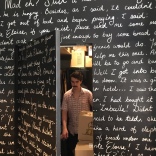 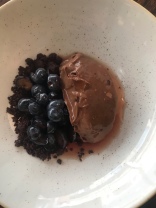 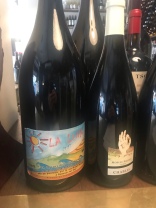 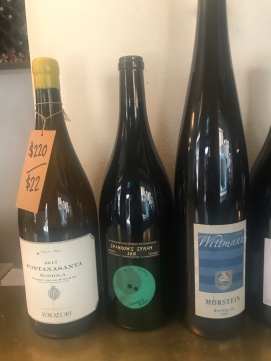 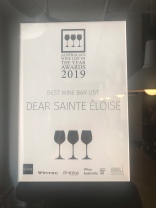 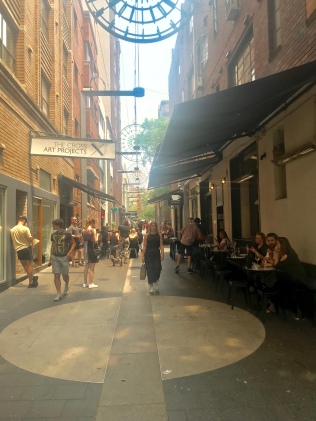 This is something a little different. Tucked behind St Mary’s Cathedral, technically on College Street, but hidden by an expanse of concrete, is one of the best vegan restaurants I’ve been to. It serves what we call Dim Sum, or what the Aussies call Yum Cha. Treat yourself to trays and trays of delicious and authentic looking plates, all meat and dairy free (even the one which looks like it has a prawn tail protruding from the parcel).

Unusually, Bodhi cuisine also follows the Buddhist cooking philosophy (of which I was wholly ignorant) of not using onion, garlic, chives, leeks and spring onions. So I’m no Buddhist, apparently, but I would say that these restrictions definitely didn’t have any negative impact on the food. I could happily eat here once a week, and let’s face it, it’s probably affordable for many of us to do just that. 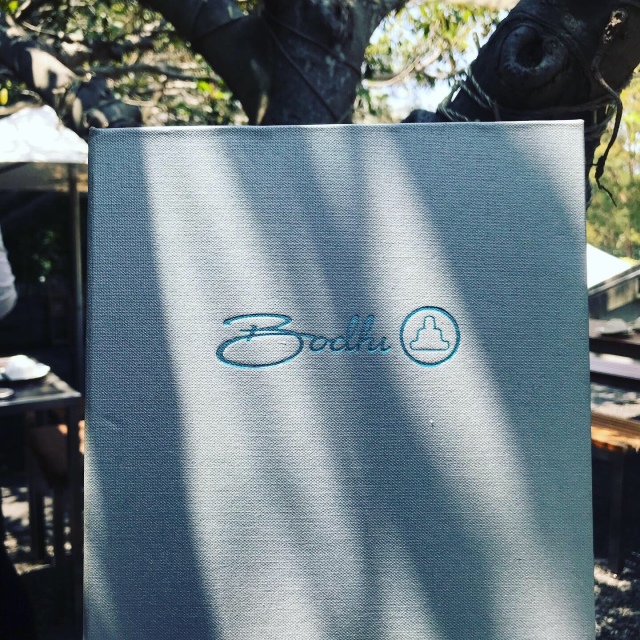 You can dine inside, but we sat out under the ancient Moreton Bay fig trees, providing shade in the middle of a very hot late spring day. Each dish costs between $9-11. We spent just over £20-a-head. Perhaps we allowed our eyes to get the better of us. We did stick to tea, they have a very good selection, but they also appear to specialise in cocktails. We were heading over to the National Gallery of NSW to see the splendid “Supernatural Japan” exhibition, with specially created works by Takashi Murakami, and we didn’t want to feel sleepy from alcohol in addition to a food coma.

Bodhi is at 2-4 College Street, Sydney. You’ll have to nose around to find it, but just head across the concrete patch behind St. Mary’s and look for the fig trees. You can check out their web site here. 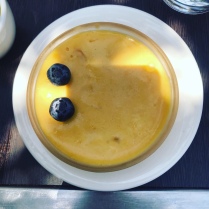 There are of course plenty of good places to eat in Sydney, from the classic seafood of Doyle’s and the expensive Japanese cuisine at Tetsuya, to the down to earth natural wine of The Wine Room at the Dolphin Hotel (Surry Hills, closed January), but I reckon the three places above cover a neat spread of the kind of interesting dining which Sydney and her suburbs have to offer. There is, of course, no shortage of restaurant guides to tell you where to go…but you can trust me on these, each filling a particular niche, of course.