The Emperor’s New Clothes are Real

This is just a quick shout for Newcomer Wines, the Austrian specialist wine merchant who used to be in Shoreditch Boxpark. The emperor in this case is, with typical corny humour, naturally one of the Habsburgs, and whilst in the story, those new clothes were somewhat ephemeral, in this case their new store opposite Dalston Junction London Overground Station is very much the real deal.

The Boxpark shop was very well situated for me, and for any other fairly regular diner at Rochelle Canteen. I passed it every time I dined there before the move, and I can hardly remember an occasion when I did so without popping in for a bottle or two. You’d think a shop which only sold Austrian wine would be a crazy idea, but the more I wrote about them, the more my friends came to agree it wasn’t. From the best value glugging wines of people like Claus Preisinger, up to the rare gems of Christian Tschida, the shop developed an often eclectic and always interesting range.

The Boxpark sits on prime real estate dirt, and won’t be there forever. Equally, the little wine shop in a shipping container was a good idea but never big enough. The new store at 5 Dalston Lane is three or four times as big, and has three sections. When you walk in there’s a bar. Next comes the wine selection, whilst out back are a few tables. In the evening the shop becomes a bar where you can buy a bottle and drink it, and also eat, small plates of Austrian meats, cheeses and so on. 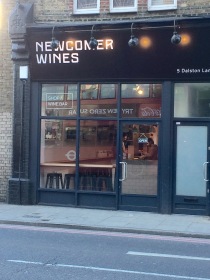 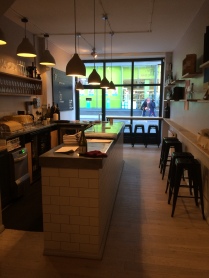 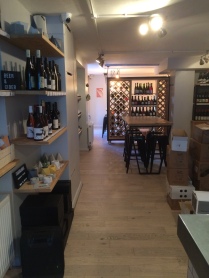 The second difference with the new store is that the wine range has expanded. This means both more Austrians, and also a small but well formed selection of wines from other countries. The intention is to broaden the appeal of the place as a local neighbourhood wine bar destination, as well as a mecca for lovers of Austrian wines. There are now 200 lines to choose from, a significant increase on what was available in Shoreditch. If diners take to the Zalto glassware they can also purchase some of those to take home, along with a small selection of beers, Austrian chocolate, and, occasionally, pretzels. 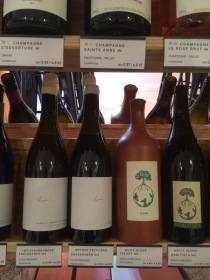 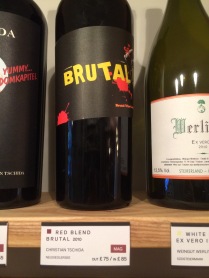 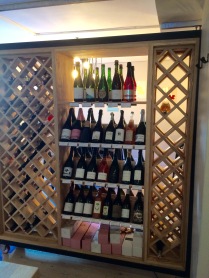 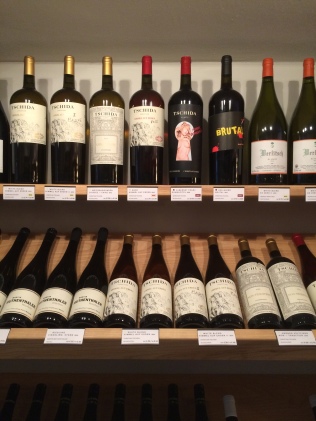 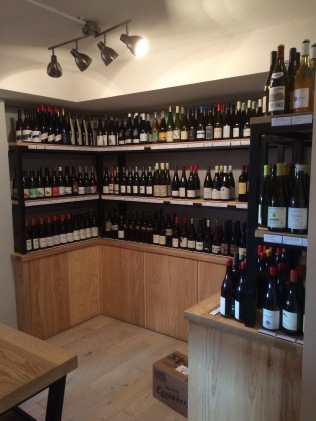 I’m guessing you’d quite like to know what I left with? A mix of wines from old favourites, plus one or two that Toni Tossmann recommended to me. A couple from Milan Nestarec, the Czech producer whose wines I loved at Raw Wine last year, were top of my buying list (the two pét-nats from the “Forks and Knives” series), as I’d noticed that Newcomer had begun to stock Milan’s wines.

Then three wines from Claus Preisinger. I think I got one of the last couple of the 2015 Ancestrale, an ancestral method sparkler made from St-Laurent at just 9%, and vinified white. Then the interesting Puszta Libre 2015, which is a carbonic maceration red meant for early drinking, and finally a red I’d not tried before. Kalkundkiesel  is a blend of five varieties: Blaufränkisch, Zweigelt, St-Laurent, Müller-Thürgau and Welschriesling. This has lovely fresh acidity but is also soft and rounded at the same time (the acids aren’t sharp). The fruit, both dark and plummy, is ripe and sappy without making the wine heavy. It weighs in at just 12.5%.

Claus makes some more expensive wines. Those labelled Edelgraben (from the vineyard of the same name) are all amphora wines, more expensive and very impressive, but there are only two or three people making such good everyday wines as Claus in Austria today.

Christian Tschida needs little introduction to many. His wines are some of the most expensive in the Newcomer range, especially as he has a penchant for bottling in magnums. But the Himmel auf Erden (Heaven on Earth) white is one of his less expensive wines. It’s a peachy blend of Scheurebe and Pinot Blanc with a dry mineral texture. 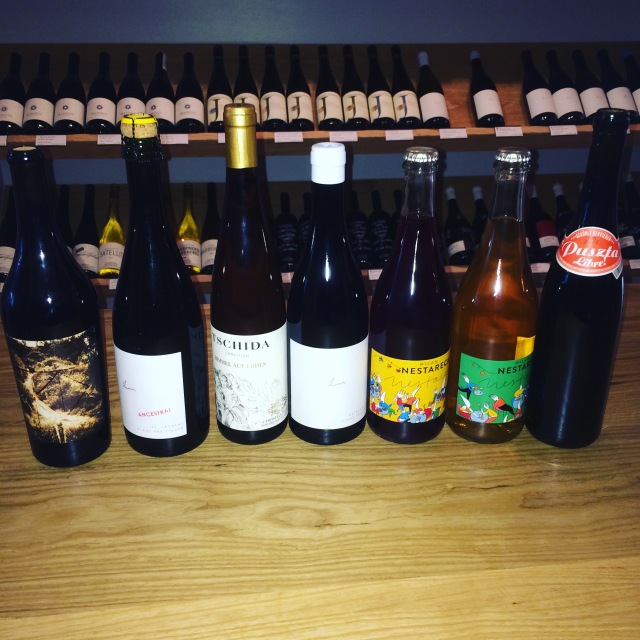 Last but not least, my first bottle from Andreas Nittnaus. There are several Nittnaus’ around Göls, where Claus Preisinger is incidentally based as well, at the northeastern corner of the Neusiedler See. You might have come across Matthias. Andreas is brother to Martin and has recently begun to make wines under his own label. My choice, recommended by Toni, was his Blaufränkisch “Tochter” (daughter). If seven bottles had not been the limit for my small suitcase…

Before visiting, I had rather regretted Newcomer’s move. I used to live just up the road in Stoke Newington once, but even so I’d got it into my head that Dalston Junction was difficult to get to. Yet a twenty minute bus ride from the City was all it took, probably shorter than that when the roadworks are finished. The new shop has lost a little of the cool glamour of the Boxpark, and I do rather miss the little techie bits and pieces they had there : i-Pads and interactive screens. But they can clearly offer much more in the new location and next time I won’t imagine it as an awkward trip. Certainly quicker than getting to some of the restaurants out west I occasionally go to. 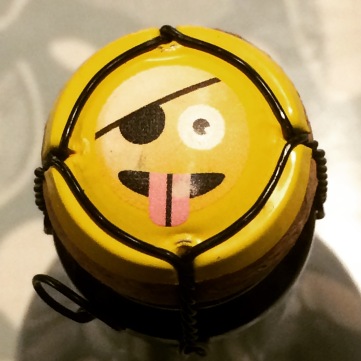 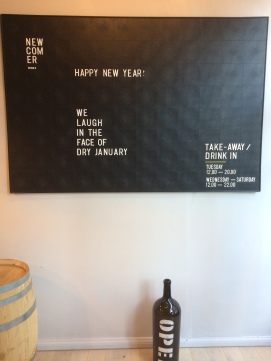 One unexpected bonus was lunch. Newcomer don’t do food at lunchtime, but my family had recommended a vegan cafe which turned out to be just around the corner, literally two-to-three minutes away. Fed by Water serves, among many dishes, enormous and delicious calzone, and one of those, which I only just managed to finish, kept me going for the rest of the day. Nice people too.

Fed by Water is at 64 Kingsland High Street, London E8 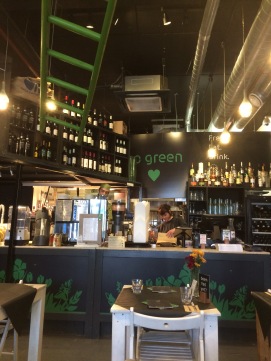 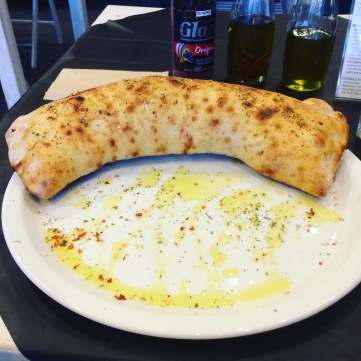 2 Responses to The Emperor’s New Clothes are Real